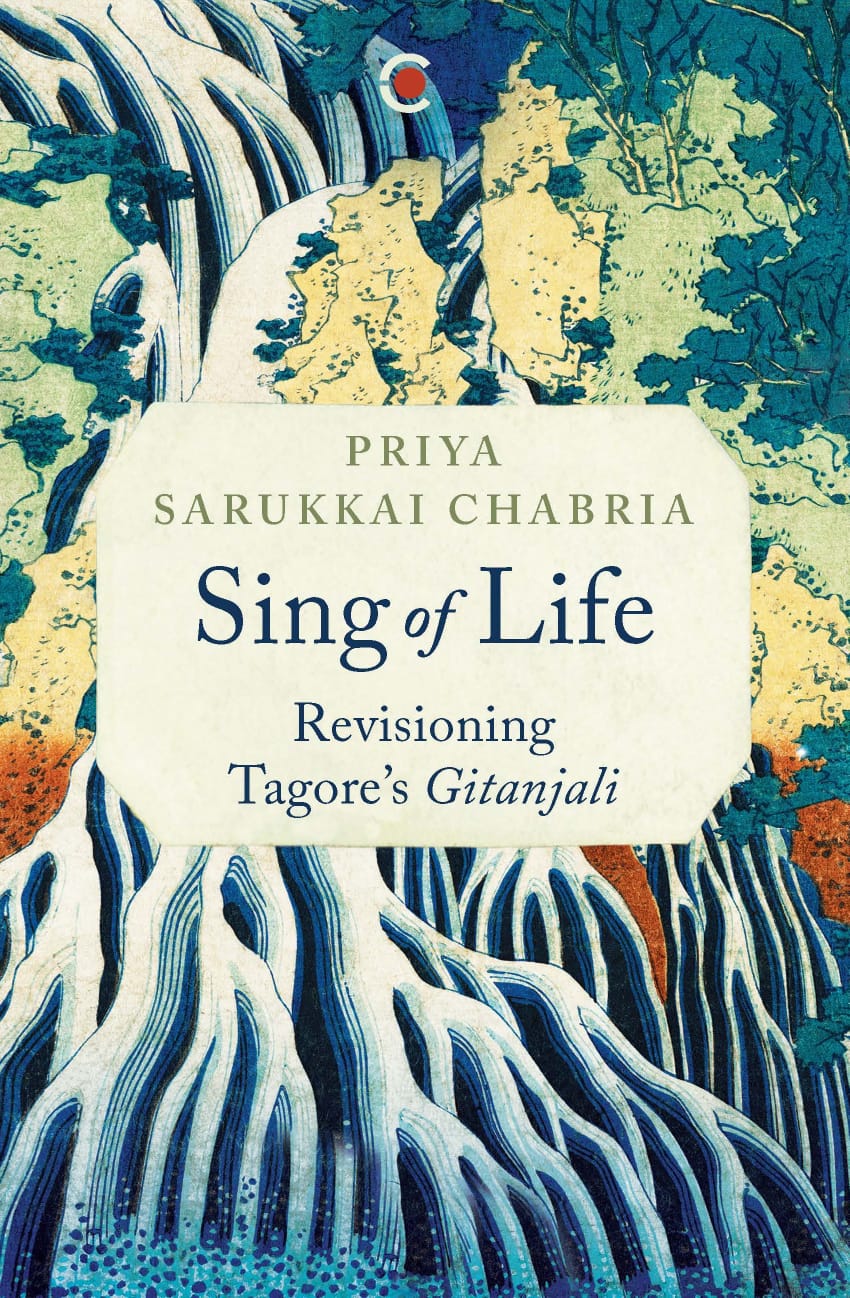 The mythic sheen of Rabindranath Tagore’s towering persona is now a patina rich with deeply resonant hues. Gitanjali, the 1912 classic, which brought his ensouled conversations to the world stirred up the national psyche. Its evergreen questing spirit, lush with reverberations enchanted literary sojourners in the decades that followed. A pedagogical staple in Indian classrooms, Tagore’s words have been invoked, performed and danced to. His global imprint conferred by the Nobel Prize in 1913 inspired countless commentaries about his various facets as poet, composer, educator, activist, and alluring enigma, forging an immense legacy. The voice that emerges from this iridescence is daringly intimate, nakedly vulnerable, soaringly lyrical, and for some, invitingly mysterious.

One hundred and eighty years after Tagore’s birth, a pandemic-ravaged world deeply fissured by strife, uncertainty and despair, is forced to seek spiritual rehabilitation amid existential unease. This moment can be fittingly described in Tagore’s own phrase as a “teardrop on the cheek of time.” Among artists, these fraught circumstances have aroused an impulse to eavesdrop on future selves, where the overflow of creative angst may be harvested. In serendipitous loops, encounters with texts, objects, places and people, retrieved and reclaimed from the past have created a genre quite unique in its dialogic unfolding of residue and re-creation. At this juncture, a revisitation of Gitanjali vividly illuminates its philosophical expressionism, its radical untethering from certitudes, its audacious hope and its raw scavenging through ephemera, for a glimpse of home.

The village folk and mendicant minstrels that captivated Tagore, have faded into the folds of time, but their wandering instinct lingers in the passionate scrollers of Facebook, Twitter, Instagram, and Zoom. They prowl in the agitated urgency of insomniacs who instil old words with new psychic intensity making them glow in the darkness of lost circadian rhythms. They are the pixelated dream catchers trapping lurid hopes on blinking screens. They are the hyper-active polemics who bear witness to the possibility of drowning in an ocean of precariousness . This frenzied field however, also includes the readers, the birdwatchers, the organic farmers, the cooks, the intrepid hikers, the musicians and the explorers of archived voices. Freshly pollinated by changing winds, their offerings flower furiously. They turn the void into a shore that beckons - re-imagined, re-invented, and re-visioned ways of being. As Archibald MacLeish once said, “A poem must not mean, but be.” Just such a confluence of absence and presence occurred recently in a Bir cafe where a vacationing poet and her husband stopped for coffee. As it happened, Prema Rasa was on the menu that day.

Priya Sarukkai Chabria, luxuriating in caffeinated euphoria, chanced upon a copy of Gitanjali in this place ensconced in the plush lap of scenic mountains. As she leafed through its pages, she began to come un-selfed. Something expansive sprang into being within and without. In the days that followed, the poems became her dwelling, each window a sepia canvas turning vibrant with new colour. Her soul felt disrobed and incandescently naked as it reached for the veils woven with poems. Clothed in shimmering echoes, she wandered “trackless paths.” She lived Tagore’s anguished questions, yearning for that “life of my life.” Longing itself became redemptive for Priya as she found herself transcribing Tagore’s paeans in her own words, breathing melodies into “this flute of reed,” becoming a “glad bird,” her “love in flower.” Her thoughts became crossings into inner terrain where she had pilgrimed with mystics in wordless caves. The “shoreless sea” was a deep, slow, familiar presence, the “company with the lost” her calling. Inhabiting Tagore’s world needed immersion in as well as transcendence of present day cosmopolitics. It compelled a personal grappling with Tagore’s epiphany that existence itself may be an impediment to this spiritual adventure. How then did Priya turn her pages into receptacles for boundlessness? For she knew that it was indeed boundlessness she was gazing at. The words came inexorably, draped in heady mists of silence, baptised with dew, primal as dawn’s hush. They dripped, rolled, gambolled, cavorted, writhed, punctured, collapsed, awoke, sighed, breathed, and cried. They came and they came. They became Sing of Life: Re-visioning Tagore’s Gitanjali.

Rune-like, Priya’s words glide in formation on the page like migratory birds, as the “sky opens/ Wind runs wild / laughter passes over / earth.” Spiritually charged rhythms become metaphor as she quotes Tagore’s yearnings: “my heart gropes for music.” Some Tagore purists may be leery of Priya’s improvisatory flair, as she speaks of a fearful child “robbed of entrance” or of love’s “mazy depth.” Divination is her process, oracular is her voice: “I am / my journey / to reach the shrine,” drawing us tantalisingly close to Tagore’s ecstatic visions where “the road breaks out in music’ and “there is music in leaves.” At once dreamscape and weary earth of tillers and path makers, the poems’ imagistic gestures are tremulous visuals where “joy / sits still / on the open red lotus / of pain.”

The self that sings itself into radiance is wrought from many selves: contained, dispersed, provisional. When viewed through Priya’s prismatic lens, this self takes us to the edge of consciousness - a liminal space that cannot be reduced to human signification. We glimpse it with the eyes of sound. Priya’s curation of this dimension is masterful. The silences she creates through spacing on the page is a multilingual silence. It is somatic. It is engorged. Like a waterscape its gyre dissolves the materiality of the very language it employs, and compels a keen sensory tuning in the reader. By making through unmaking, Priya brings to us in searingly audible fashion, the communal echoes of Tagore’s hermeneutic afterlife. This aural perspective aligns Priya’s sensibility with Tagore’s musicality which permeates the original Bangla as well as the translation by W.B. Yeats. Priya has played us a sonorous cadenza, a creatively personal interpretation of a guru’s guidance expressed in poetry, whose subliminal patterns endlessly swell and recede, awakening seeds of new sentience in listening ears. There will be fresh ovations for the great man she honours. Her soul offerings to Gurudev in his own words, re-visioned through this beautiful book are yet another arrival in an ever-renewing journey.

Priya views this metapoetic gesture as a “raft’ that sails into the flowing river of time, a conduit to a place where questions dissolve and the allness that the original poems envisioned becomes pervasively present. This reviewer sees herself as a ripple created by that raft, since for me, it memorialises in a personal way, my own mother who once sang, danced, and tended flowers at Santiniketan, an abode of peace created by Rabindranath Tagore.

Shabnam Mirchandani is a mosaic artist, music aficionado, former English teacher, and an empty-nester Mom who loves poetry. She lives in Pittsburgh, USA.