It’s been many years since I first began photographing trees. I remember that I was driven to photograph them when I experienced the realisation, an almost epiphany even, that each tree had its own distinct personality, a character that was uniquely its own. A forest or a tree grove was a library of tree tales, each tree with a story that was entirely its own. This awareness made me stop and pause to examine each tree I subsequently encountered, opening my eyes to a wealth of beauty that I had earlier overlooked or ignored, even. Over the years, however, I have found myself observing the trees through a more specific femi-nist lens though, seeing and hearing women’s voices and stories emerging from their selves. Women’s herstories have been buried or rendered voiceless in the distant and not so distant past: I have tried to re-tell their tales through the me-dium of trees. 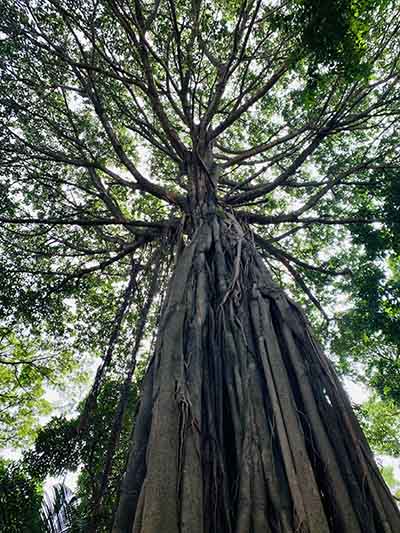 I gaze up at a soaring, mighty banyan’s canopy, seeing it as an earth goddess both in prayer as well as being the object of prayer. 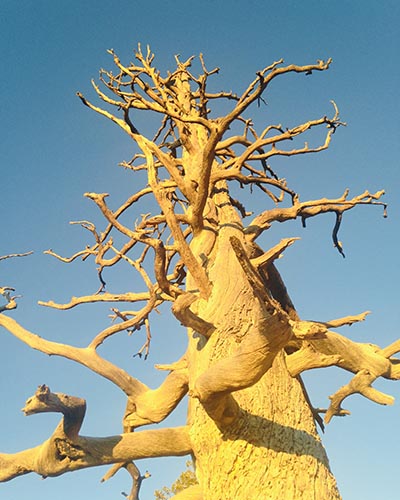 I see an ancient leafless tree while soaking in the first of the morning sunlight as a matriarch contemplating the autumn of her years. 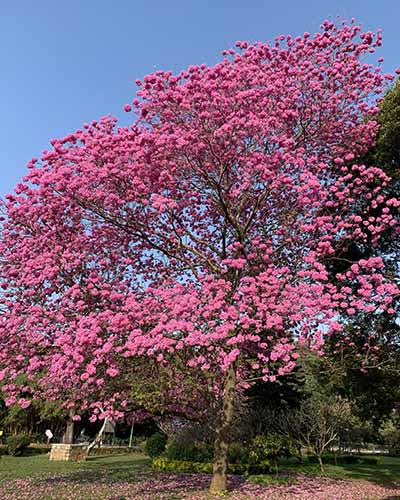 A flamboyant pink trumpet tree in bloom conjures up a poet at her writing desk, both a poem and writer of poetry, poetry pooled around her feet. 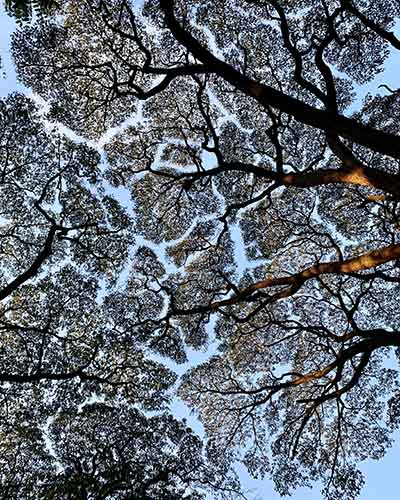 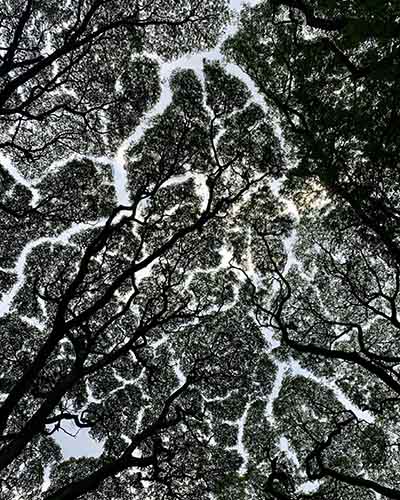 I see in the phenomenon called crown shyness which raintree canopies so spec-tacularly display as a kind of sisterhood, of creating spaces that support and nourish and comfort one another in times of joy and distress. 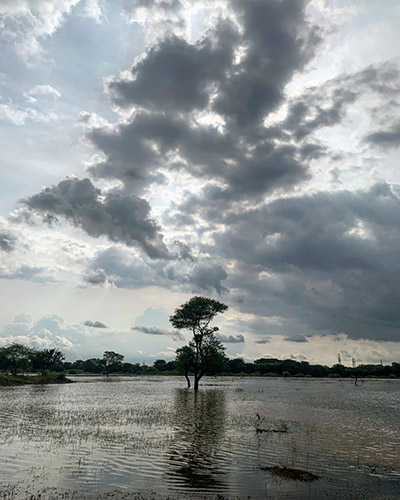 A solitary tree rising from an ephemeral lake is a woman who has finally learned the pleasure of dancing for herself - and herself alone. 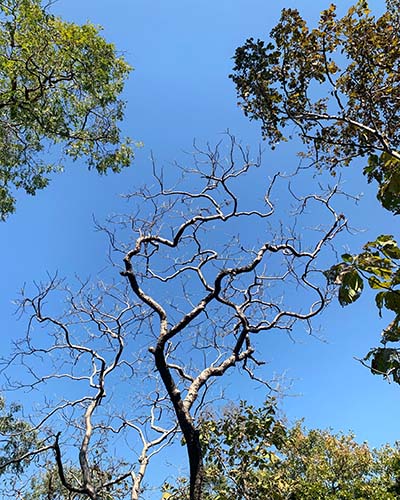 And in the proximity of rocks of great, great antiquity, a grandmother gathers around all her young ones and narrates all her untold stories.