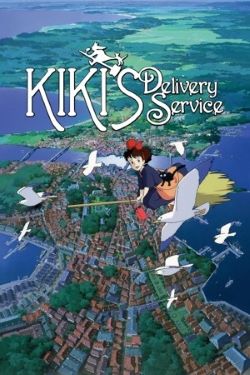 Fantasy and magic are themes for young adult genre of books. "Kiki's Deliverey Service" was originally published by Eiko Kadonoin Japanese in 1985 under the title 'Majo no takkyubin'. The book was released in English only recently in 2020. Although, it had already been made immortal by Hayao Miyazaki’s animation movie released in 1989.

The effervescent book narrates the tale of a twelve-year young witch Kiki. There is as much magic in Kadono’s words (and Emily Balistrieri’s translation) as in Kiki’s blood. Quite interestingly, for writing this book, Kadono drew inspiration from her own twelve-year old daughter’s drawing where she’d drawn a witch flying through the sky with a radio.

The story opens with Kiki kicking off to a new town with her black cat Jiji as a coming-of-age custom for witches. Even though Kiki’s mother is a witch, she doesn’t want to take up witchcraft by mere virtue of her bloodline. In her adolescent mind, she keeps evaluating her decisions. “I am going to be whatever I want,” she insists. Nonetheless, given her penchant for flying on the broomstick, she eventually decides to be one.

Dressed in the ‘blackest black’, she flies away on her broomstick with Jiji and a red radio slung over her shoulder. She chooses a big town by the sea as her new abode. The town throws open a new array of challenges with its ‘whatever floats your boat attitude’. In an environment which wasn’t quite encouraging for a young witch, she remembers to smile and win people’s trust as her father had advised. Her kind and thoughtful actions towards helping the townsfolk dispel people’s inhibitions and doubts.

Kiki is only a teenager, who has just flown out of her parents’ house. Yet, she has an independent mind of her own. With a vision for herself and a sense of responsibility, she wishes to contribute to the society at large. ‘I’m good at flying, and there might be lots of people who don’t have time to run a little errand’, she reasons. That is how she comes up with the idea of her ‘Kiki’s Delivery Service’ with an amusing advertisement tagline “I deliver anything door to door faster than anybody else! Call 1-800-Kiki-Can!”.

In her author’s note Kadono explains that she wanted Kiki to possess only one kind of magic, which in this case is the magic to fly. The idea was to portray a witch who otherwise was only an ordinary girl. Kiki had to use her brain to solve problems, resolve conflicts and traverse the highs and lows of growing up. This makes Kiki very relatable, specially to young girls, so that they discover their unique magic in the strength of their personality, character and wit.

Kiki is an opinionated adolescent, who navigates her way, without losing confidence. She balances her emotions deftly, never loses the heart to carry on despite odds, without being bitter about anything. Not only does she become financially independent, but also earns friends and well-wishers through her compassion, warmth and radiance.

The book brims with positive energy where people help and encourage others. The male characters like Kiki’s father and her friend Tombo, do not talk her down, instead they let her be herself without interference. The female characters are strong, stand up for themselves and build women-for-women camaraderie.

It would not be out of place to underscore here that the minds of young adults are highly impressionable and receptive. Their thought-processes and attitude towards life and society are influenced heavily by what they watch, hear and read. Generally, when it comes to magic for young adults, it is common to come across plot lines with central male characters and female sidekicks, where stories revolve around good and evil conflict, bloodshed and revenge. In this context Kadono’s book stands out with its unique and refreshing take, a female protagonist and non-toxic characters. Books like this, are very important for the society to show how positivity reinforces positivity. Kadono has written over 200 children’s books and has won many prestigious awards. ‘Kiki’s Delivery Service’ is the first book in a series penned by her; however, five of its sequels have not been translated into English. This is where one realizes how significant is the art of translation in bridging divides and connecting humans from one part of the world to the other.

This book is indeed a classic because its message is universal and ever-so-relevant. It subtly conveys themes of kindness, feminism and women empowerment through its strong female characters. Specially in the context of Japanese society which is considered to be quite patriarchal, Kiki comes across as an inspiring figure to speak out one’s mind and take one’s own decisions.

It constantly reminds one of how Roald Dahl said, “I think probably kindness is my number one attribute in a human being. I’ll put it before any of the things like courage or bravery or generosity or anything else.” Kiki’s persona outshines the magic, for real magic happens when one is able to make someone else happy with sincere efforts and a kind heart.

Aditi Yadav is a public servant from India. As and when time permits, she dabbles in creative pursuits, and catches up with her neverending to-read list. insta handle----- https://www.instagram.com/_galacticus__/ 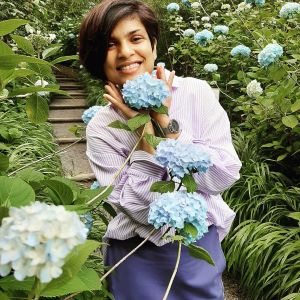