Remnants of a Separation 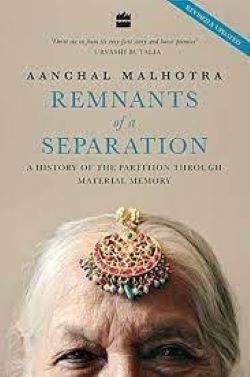 THE POWER OF ‘HISTORY FROM BELOW’, RENDERED GRACEFULLY

“We were now refugees. What a dirty word, I had thought to myself even then, in complete disbelief”.

It has been a long-held personal opinion that if one wants to really grasp the undercurrents, those subtle vignettes, and raw blood and bone of any historical event, one should either turn to historical fiction, or to oral histories and ethnographic accounts – the latter referred to as a micro-historical approach to reconstructing a historical phenomenon. Think Nasir Uddin’s The Rohingya: An Ethnography of ‘Sub-Human Life’; think Anam Zakaria's 1971: A People's History of Bangladesh, Pakistan and India; or David Omissi’s edited, Indian Voices of the Great War: Soldier’s Letters, 1914-18. The first, employs formal ethnographic research methods (interviews, participant observation etc), and provides a succinct, detailed account and history of the Rohingyas grappling with the most hopeless kind of Statelessness (among other devils); the second is a startling reconstruction of the 1971 War from the three distinct, heterogeneous first-hand perspectives, while the last one is a poignant collection of letters, written by Indian soldiers fighting in Europe during World War I.

The debate about the veracity and efficacy of such a micro-historical approach, or what Omissi calls ‘history from below’, is a perennial one. Urvashi Butalia, in her seminal work of Partition-centred oral history, Other Side of Silence: Voices from the Partition of India, highlights this ontological problem, stating that “working with memory is never simple or unproblematic…there has been considerable research to show that memory is never ‘pure’ or ‘unmediated’. So much depends on who remembers, when, with whom, and how”. [Emphasis mine]. However, later in the same chapter, she untangles this conundrum, citing what James Young, author of Writing and Rewriting the Holocaust: Narrative and the Consequences of Interpretation, has written about the alleged ‘fictiveness’ of survivor’s accounts, that “whatever fictions emerge from the survivor’s accounts are not deviations from the ‘truth’ but are part of the truth in any particular version. The fictiveness in testimony does not involve dispute about facts, but the inevitable variance in perceiving and representing these facts, witness by witness, language by language.” [Emphasis mine]

Aanchal Malhotra’s book is unarguably a profound exercise in bringing to light these ‘inevitable variance[s] in perceiving and representing historical facts’, simultaneously experienced (and survived) by a large number of people during the Partition. Her work and research stands in a similar tradition, if not in terms of perspective and style then certainly in terms of concerns, beside the likes of Urvashi Butalia’s The Other Side of Silence, and Kavita Puri’s Partition Voices. Malhotra, through her unique narrative methodology (more on this later) fashions a unique voice, which illuminates aspects of the partition one would at best find as a footnote in macro-historical accounts. Such ‘footnotes’ – the minutiae of details, quotidian routines, ‘structures of feeling’ (to use Raymond William’s term), and affective residues, rendered through the intimacy and immediacy of insightful interviews – bind and transmute the reader into the very heart of the ‘Partition experience’.

While reading Malhotra’s book, I couldn't help thinking that for long, fiction has been the more accessible medium, owing to its dense, deliberate, structures, to interrogate and establish how the personal is, or becomes the political, and vice versa, both in a historical and contemporary context. This of course brings to mind a flurry of post-colonial Indian authors. However, Malhotra, through her acute observations, deft narrative interventions, and most importantly, the dignity she brings to her telling, interrogates and reconstructs these historical incidents in searing detail - both materialistic and affective. These reconstructions are not wholly objective. Rather, they entail the self-conscious involvement of the interviewer, and through such involvement, the reader, in an intimate habitus of compassion and empathy. For instance, in Ajit Kaur Kapoor’s spine-chilling account of the Mirpur massacre of 1947 (in the chapter, The Sword of Ajit Kaur Kapoor), the interviewee recollects,

“lots of people abandoned their children in the jungle. So many small children could not walk, and so they walked ahead and left them [the children] behind”.

I also notice that perhaps Malhotra’s style of narration works so succinctly because she concentrates as much on capturing the past, as she does on sketching the filigrees, and half-lit traces the past leaves on the present. In regard to Ajit Kaur Kapoor, Malhotra observes,

“finally, she peeled her eyes away from the blank wall ahead and looked at me. Her vacant gaze revealed far more distance than I could ever imagine. Even the voice telling the story seemed only to be reporting it – somehow not belonging to the person who had endured those circumstances but, rather, someone for whom this memory had simply become a shadow of actual events, no longer resembling the depth of traumatic reality”.

This process - of reconstructing lived experiences from the past, and juxtaposing these, on their affective residues of the present, lends to her work, a very dynamic quality. This dynamism is, I would daresay, that elemental, push-and-pull connection between past and present, and how both of these are contained in the future, to rephrase TS Eliot from Four Quartets. However, while Eliot further writes, 'If all time is eternally present/ all time is unredeemable", I , and I am sure Malhotra too, would disagree. All time is not unredeemable. Fundamentally because we, who live through time, are (or should be considered) redeemable. And hence, something of the past can be redeemed. If not as the past as itself, then as what it has become in the present, at any rate - through memory, acceptance, empathy, and through our own evolving version of ourselves - and this sense of redemption most vociferously emerges from the pages of this book.

Furthermore, some of Malhotra’s interrogations and reconstructions are so evocative, they makes one pause, and ask oneself, ‘oh my god! I could not imagine this is how it happened, this is what they – Hindus, Muslims, Sikhs, men, women, children – went through!’.

For instance, in the chapter titled, Love in the time of Nationalism: The Poems of Prabhjot Kaur, the 1964 Sahitya Akademi Award winning poet Prabhjot Kaur recollects that as they were leaving blood-soaked Lahore sometime in June 1947, she “left the chulha on”. She continues, “I remember thinking, only much later, about the fate of the chapatti left over the open fire”. It is a minor detail, in an otherwise sprawling story of dislocation, survival and love. But it is a detail, which one realises, after the entire narrative sinks in, is, or can be, representative of the refugee experience - sudden departures, letting go off precious items, or items one thought were precious, leaving half-finished chores – cooking, sewing, cleaning – with the uncertain prospect of ever returning. Malhotra captures the razor-edge of interminable, unknowable, dreadful uncertainty, concealed in, to use Butalia’s phrase, the ‘conspiracy of silence’, and that, I opine, is one of the singular achievements of the book. In another instance, Balraj Bahri, the author’s paternal grandfather recollects (in the chapter, The Kitchenware of Balraj Bahri),

“I wrote two letters from the camp in Amritsar, one to my father and the other to my brother, and sent them to the addresses of their respective banks. I told them our whereabouts, the situation in the camp, and the fact that we would wait for them there no matter how long it took”.

He adds, “I doubted whether the letters would reach, but I had to try”.

To my mind, two other aspects, shape and enrich Malhotra’s narrative. While capturing and rendering the oral histories of Partition survivors and adroitly weaving in her own impressions, she does not fall into what HL Mencken called the ‘cult of hope’. That the partition was a bloody, dreadful reality, stripping a million plus people of their homes, lives and dignities, is never lost to the fact that some survived to tell the tale. Conversely, the wide political canvas, spattered with religion, bloodshed, dislocation and despair, still had, we are lead to believe, the silver lining of (a few) ordinary kindnesses. Savitri Mirchandi's recollection, that

“as soon as my husband heard the ruckus outside, he got out of the bed and told me to take the children upstairs. He was working for the police, so he took out his revolver and was ready to shoot anyone who tried to break into our house. Outside the house sat a ghoda-gadi-walla, appointed to drive around the ladies of the house. He was a good man, a Muslim, and when he saw the mob approaching our house, he warned them that a policeman lived there and they would be shot if they tried to break in…He saved us that day, the ghoda-gadi-walla” (from the chapter, The Hamam-Dasta of Savitri Mirchandani)

is among the many luminous, uplifting moments of such kindnesses, in the book.

Benedict Anderson, in, Imagined Communities: Reflections on the Origin and Spread of Nationalism, argues that a nation is an ‘imagined political community’. After putting down Malhotra’s book, consisting of twenty-one accounts of Partition survivors, one wonders whether (at least) all the people in the book (if not all Partition survivors), could comprise of a separate nation, with their own shared politics - of nostalgia, resistance to remembering, and survival. As an endnote, it will be fruitful to recollect what Bhag Malhotra says, when the author asks her, “After Pakistan was created, did you still think of it as home? She replies, “Oh yes, it was the same land, only now it had a new name…the place you come from moulds you into the person you become. Remember that!”.

Ankush Banerjee is a serving Naval Officer, poet, and critic, and the author of An Essence of Eternity (Sahitya Akademi, 2016). He loves Biriyani, visiting old bookshops, and the sea. His work has appeared in The Tupelo Review, Eclectica, TBLM, Indian Express, The Hindu, and Jaggery among others. His second book of poems is forthcoming soon. 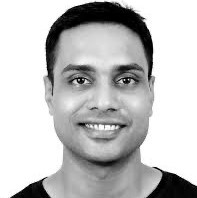