It was the zamindar’s youngest son’s birthday. They had arranged for a prayer ceremony in their house. Tarkaratna, the priest, was returning home in the afternoon having performed certain holy rituals at the zamindar’s place. It was Boishakh, the month that heralds spring in Bengal. Though Boishakh was drawing to a close there was no trace of rain- bearing clouds in the firmament. Instead, the arid sky seemed to pour drops of fire on the human world.

Tarkaratna saw a barren, cracked field in front of him, stretching all the way to the horizon. The earth exhaled, and the blood from its parched, split bosom seemed to escape as vapour through the innumerable fissures in the soil. Staring long enough at the vapour, spiralling skywards, like columns of flame, could make one’s head reel. It was intoxicating.

Gofur Jola lived by the road on the edge of the field. The parapet of his mud-house had collapsed. His courtyard had merged with the road. The inner chambers had simply surrendered their modesty and notions of privacy to the mercy and good-sense of passers-by.

Gofur’s daughter came out to the door, and asked, “Why do you need my Baba? He’s got a fever.” She was about ten years old.

“What fever? Get that bastard! Bloody barbaric fiend!”

Gofur-miyan heard the screams and came out to the door, shivering with fever. A bull stood next to Gofur’s broken wall, tied to a branch of an old acacia tree. Pointing to the animal, Tarkaratna said, “What’s going on here? This is a Hindu village. Have you forgotten that our zamindar is a pious Brahmin man?” Tarkaratna’s face was red with anger. The heat added to his colour. He was in no mood to exchange pleasantries with Gofur. Gofur, unable to understand the meaning of the outburst, stared at Tarkaratna silently.

Tarkaratna explained, “I saw this animal tied to the tree in the morning when I passed by your house. It’s still tethered in the same way. If you kill this bull, our master will bury you alive. He’s no ordinary man. He is a devout Hindu, an extremely pious, religious Brahmin.”

“What should I do, my lord? I feel so helpless. I’ve had this fever for a few days now. I don’t have the strength to take him out to graze.”

“Set it free then. Let it graze on its own.”

“Where will he graze, my lord? The wheat has not been winnowed yet. The hay is lying scattered in the fields. The ground is parched. There’s not a blade of grass anywhere. What if he ends up eating someone’s grains? How should I turn him loose, my lord?”

Tarkaratna softened a bit, and said, “If you can’t set it free, tie it to some tree or pole where there’s a little shade. Give it some hay to eat. Hasn’t you daughter cooked any rice? Give it some rice-starch and water in a tub. Let it drink.”

Tarkaratna was exasperated. “What? You don’t even have a bundle of hay at home? What did you do with the share you were given? Sold it for extra money? Couldn’t you keep a stack for this animal? Bloody butcher!”

The allegations were so cruel, Gofur didn’t know how to defend himself. He feebly said, “I didn’t get my share of hay this year. The master confiscated it. I owed him some arrears. Couldn’t pay my dues last year. I cried and pleaded with him. Said, Babu-moshai, you’re my lord and master. Where else can I look for help? I’ll never run away from your land. Please give me some hay. I have no straw for the roof of my house. I only have a small room in which I stay with my daughter. We can try to make do with palm leaves for the roof this monsoon, but give me something for my animal. My Mahesh will starve to death otherwise.”

Tarkaratna sniggered, “You have a fancy name for this beast! Mahesh! Sounds rich coming from you!”

Gofur paid no heed to that interjection. He continued, “But the master showed me no mercy. He gave us some rice to see us through for a couple of months, but no hay. My share was stacked in the master’s storehouse, we got nothing.” Gofur broke down mid-sentence. His tears, however, had no effect on Tarkaratna. The priest said, “What kind of a man are you? You’ve fed on the master’s reserves, but you won’t pay him your dues? What do you expect the zamindar to do? Keep feeding you from his own stock? You live in a fair and just land, but you’re an ungrateful wretch! How do you have the audacity to speak ill of your master?”

Gofur was ashamed. “No, my lord! Why should I speak ill of the master? We do not bad-mouth him, Sir. But tell me, how can I pay my taxes? I sharecrop about an acre of agricultural land, but I’ve not been able to grow anything in the last two years. The grains have all dried up. My daughter and I don’t get two square meals a day. I stare at my empty courtyard for hours on end. Look at this house! My daughter and I sit in a corner when it rains at night. There isn’t enough space to stretch out our legs. Look at Mahesh! You can count his ribs. Please, lend me some hay. Let the animal eat to his heart’s content for a couple of days.” Gofur fell at the priest’s feet. Tarkaratna sprang back, shrieking, “Good grief! Are you planning on touching me?”

“No, my lord. No, I won’t touch you. But please give me some hay. I know you have four huge stacks. You won’t even notice it if you give me a little. I don’t care if my daughter and I starve to death, but this poor beast can’t talk. He only stares, and silently weeps.”

“And how will you pay back this loan?”

Gofur was hopeful. He said, eagerly, “I’ll do whatever needs to be done to pay you back, my lord. I won’t cheat you.”

Mimicking Gofur, Tarkaratna said, “Hunh! I won’t cheat you! I’ll repay you! You fool! Are you joking? Move out of my way now. It’s getting late. I need to go home.” He smirked and took a step forward, only to retreat in fear. Shuddering, he exclaimed, “Ugh! That beast is waving its horns! Is it going to attack me?”

Gofur stood up. Looking at the bundle of fruit, sweets, and moistened rice in the priest’s hands, he said, “Mahesh can smell the food. He only wants a little to eat.”

“Wants to eat, eh? The bull’s just like it’s owner! Doesn’t get hay, but wants to eat rice and bananas? Get going now. Move this beast out of my way. Look at those awful horns. Someone’s going to get fatally injured one of these days.” Tarkaratna inched past the bull, and hurried home.

Gofur looked at Mahesh. The bull’s dark, deep eyes were full of pain, hunger, and suffering. “He didn’t give you anything to eat, did he, Mahesh? They have a lot, they have plenty, but they never share. It doesn’t matter–” Gofur’s voice choked, he started weeping. Walking up to the animal, he gently caressed its head and neck and back, and whispered, “Mahesh, you are my son. You have looked after us for eight years, and now that you are old, I can’t even give you anything to eat. But, don’t you know how much I love you?”

Mahesh stretched out his neck in reply, and closed his eyes calmly. Gofur wiped his tears off the bull’s back, and muttered, “The zamindar has taken away the food that was meant for you. There was a plot of land next to the crematorium where you could have grazed but the greedy man leased out that area as well. How am I going to save you? If I turn you loose, you’re going to eat from other people’s stacks of hay. You’ll feed off their banana trees. What am I to do with you? You are not strong anymore. No one in this village wants you. They’ve asked me to sell you off at the market.” Gofur broke down once again, but he quickly wiped away his tears. Then, looking around stealthily, he went to the back of his house to bring a handful of old straw. Putting it in front of Mahesh, he said, “Quick, my child. Eat this. Don’t delay, or else…”

“Come inside, eat some rice.” Amina looked at her father from the door, and said, “What have you given Mahesh again, Baba? Is that the straw from our roof?”

That conversation was precisely what Gofur was fearing. Deeply embarrassed, he said, “This is old straw, my child. It was falling off the roof anyway.”

“But Baba, I could hear you pulling it out.”

“Baba, if this goes on the wall will collapse…”

Gofur stood there silently. The house was all he had left. And he knew well enough that if he kept pulling straw out of the thatched roof, his hut would be gone by the next monsoon. How long could this continue anyway?

Amina said, “Wash your hands. Come inside. I’ve made you some rice, Baba.”

“Bring me the starch, Amina. Let me feed Mahesh before I go in.”

“There is no starch left today, Baba. It dried in the pan.”

In times so difficult, wasting anything was a crime. Gofur’s ten-year-old daughter knew that from an early age. After a while, the father washed his hands and went in. The daughter had served him rice and vegetables on a brass plate. She took some rice for herself on an earthen dish. Gofur stared at her, and then, softly said, “Amina, I am getting the chills again. Should I be eating anything now?”

Amina looked at her father anxiously. “But didn’t you tell me earlier you’re hungry?”

“Earlier? Oh, maybe I didn’t have a fever then, Amina.”

“Should I put your food away, Baba? You can eat it later in the evening.”

Gofur pretended to think for a while, and then came up with a solution to the problem. “Well, my child, why don’t you give it to Mahesh? You can make me a handful of fresh rice at night, can’t you?” Amina stared at him in silence. Then, lowering her eyes, she nodded gently, and said, “Yes, Baba.”

Gofur’s face coloured with shame. The little scene the father and daughter briefly play-acted for each other was also witnessed by someone sitting up above.

Dr. Somrita Urni Ganguly is a professor, and an award-winning poet and literary translator. She was a Fulbright Doctoral Research Fellow at Brown University, and is an alumna of the University of East Anglia’s International Literary Translation and Creative Writing Summer School. Somrita served as a judge for the PEN America Translation Prize, and an Expert Reader for the English PEN Translation Grant, the National Endowment for the Arts Translation Grant offered by the US federal government, and the National Translation Award (US). She is currently Head of the Department of English, Maharaja Manindra Chandra College, University of Calcutta, and co-founder of The Writing Programme. Her work has been showcased at the London Book Fair, and she has read in cities like Bloomington, Bombay, Boston, Calcutta, Cove, Delhi, Hyderabad, London, Miami, Providence, and Singapore. Somrita edited the first anthology of food poems, Quesadilla and Other Adventures (2019), and translated 3 Stories: Sarat Chandra Chattopadhyay (2021), Firesongs (2019), Shakuni (2019), and The Midnight Sun: Love Lyrics and Farewell Songs (2018), among other works. 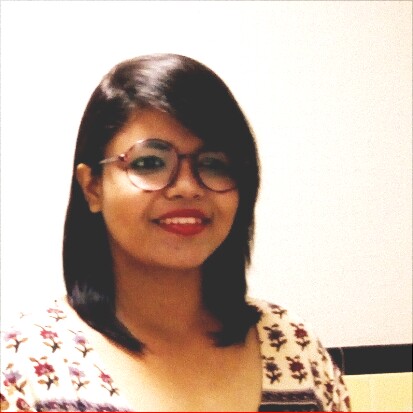