Leena Malhotra
Translated from the Hindi by Antara Rao Yadavalli

Walking into my poem

on hunger, her child slung

nothing to cover an inflated stomach.

Whenever I saw that page,

on which this desolate poem lived,

this woman's eyes screamed at me,

words buzzed around her face

as I tried to flee in panic.

But a poem is no car.

There are no windows I can roll up

to evict her from my world

and so she kept sitting in my poem

If your lover is afflicted with diabetes

as if he were no longer bound by gravity,

a lone meteor traversing through the universe.

Maybe rub his feet to make them warm.

so that he knows his two unfeeling feet

are still alive, as if they are his own

and confess to you that a mouse

is nibbling on his heart.

Kill that mouse, so that it doesn't eat up your lover's heart,

after all, your old name is scribbled there.

He will show you red blisters that pierce his legs

and say that it is a grand colony of ants

on which they won't stop running.

He will ask you to uproot their world

and tell you, 'They don't let me sleep.'

About his high blood pressure, he will say,

that a monkey is swinging on his head

as if it were a tree, and little red lychees keep falling —

their red rinds are hiding under his hair,

Your youngest child will rush through the door

and announce that ants are partying on spilt urine on the toilet floor.

Your lover will giggle, hiding his pain,

and you too must laugh along, sharing the hurt.

it brings along a lid that doesn't let kidneys drink blood,

deposits cholesterol in the canals of arteries,

as his gut cries for food like a hungry beggar outside a temple.

Always keep a biscuit or a piece of bread at arm's length.

don't shy away from his bad breath.

His teeth have been wounded like deer in the wild.

Help him, don't abandon your lover

caught in a butcher's grip.

Leena Malhotra Leena Malhotra is based in Delhi, India. She likes to explore experiences of contemporary India, and write on systemic forms of oppression and various social issues. She is a poet, a film writer and a film direct. She has two books of poetry and is presently directing a film titled 'An Afternoon '. 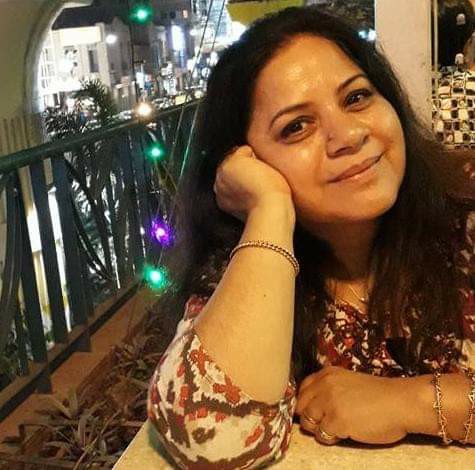 Antara Rao Yadavalli is a researcher and writer based in Hyderabad. She has a Master's in sociology and takes a keen interest in the stories of people — where they come from and how it shapes them. Some of her works can be found in scroll.in and thewire.in. 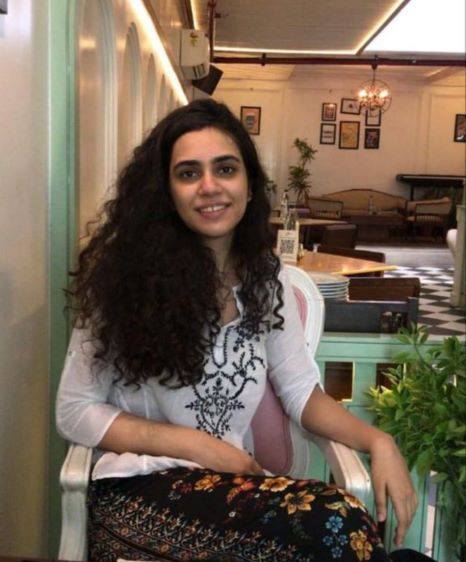