Indira Goswami
Translated from the Assamese by Dibyajyoti Sarma

Note: The following extract has been taken from Indira Goswami’s first novel Ahiran (1980). Based on a real story of the workers strike during the making of an aqueduct in Madhya Pradesh, the novel focuses on the pathetic living conditions of the workers and the lives of the company men fighting against them.

Aziz Miya was alive until November.

Aziz Miya died in the last week of November…It was even impossible to imagine how in his skin and bone, a body like a ruined house, he had this inimitable desire to live this long. A telegram was sent to the Hussaingunj address. No one came to claim the body. A constable handed over the body to the mosque.

One day Harshul went to the kabarstan directly from the worksite. He stood next to the site which Aziz Miya had selected for his mother’s maqbura. It was quiet everywhere. A couple of naked trees added to the seriousness of the atmosphere. The maqburas nearby – they were strewn around like ruins. Aziz Miya said one shouldn’t build a maqbura alone. His mother did like staying alone. Look, there are more ruins around — where would it be? Harshul looked at the naked trees. He could see the Ahiran river faraway. It lay there like a tangled ball of golden thread. Surrounding it, those, like seared in fire, are the mung bean trees.

Harshul sat down on a rock. Away from the noises and shouts of the worksite, Harshul enjoyed the quietness of the burial ground. After working day and night for two months, he did not have the time to sit like this even for a single day. In the solitude Harshul felt he can clearly hear Aziz Miya’s voice.

‘Saheb, have you ever taken pride that you know somebody?’

‘Of course. Whenever I feel I know somebody, then everything feels good… meaning, in those moments I realize the real meaning of life…’

Aziz Miya never allowed the other person to complete the conversation. Stroking the hair under his lips, he gave Harshul a weird look. The language of that look was extremely mysterious.

By now, a group of naked children from the Jheel Basti had surrounded the jeep. A few of them even went up to Harshul, seeking coins. Discovering himself in such a dramatic situation, today Harshul felt an odd kind of joy.

Harshul fished out sheaves of paper from his packet. Aziz Miya had enthusiastically collected couplets from Quran written in Devanagari script. Mysteriously from his poet friend he had collected these. A constable had given the papers to Harshul.

Harshul thought for a long time how these lines can be carved in the maqbura. Suddenly Harshul turned to realise he was all alone there. The mob that stood just 30 gauge away was now beginning to grow into a giant.

‘What is this crowd?’

Harshul remained silent for some time. Just then someone threw a big rock at the bonnet of the jeep.

Another voice was heard—

‘This isn’t the man; we shouldn’t touch him’.

Will he fall back? What do they want? …Yet another voice was heard — ‘This one is not company saheb’.

From under the naked trees, suddenly a female voice was heard —

The voice has the effect of a mantra.

The man who was about to grab Harshul’s collar took a step back.

The voice turned into a plea for a moment. Immediately, it was drowned by a cacophony of noises.

As Harshul opened his eyes, amidst the crowd, he clearly noticed the woman whom the company’s driver Gaurishankar had left pregnant…Even in a state of half-consciousness, his eyes captured her and the scene of her trying to stop a violent mob. She was protecting him like a tigress protecting her cubs.

Indira Goswami(14 November 1942–29 November 2011), who wrote as Mamoni Raisom Goswami in Assamese, popularly known as Mamoni Baideo, was an award-winning author and an icon of feminist writing, who wrote about people rarely represented in Indian writing—women, the maginalised, the powerless, the unfortunate. Winner of India’s highest literary award, the Jnanpith (2001), as well as the Sahitya Akademi Award (1983), and the Principal Prince Claus Laureate (2008), Goswami was also an editor, poet, professor, and scholar, best known for her novels such as The Moth-Eaten Howdah of the Tusker, Pages Stained with Blood and The Man from Chinnamasta. She was also known for her attempts to structure social change, both through her writings and through her role as mediator between the United Liberation Front of Asom (ULFA) and the government of India, through the People’s Consultative Group, a peace committee.

Writer and editor Dibyajyoti Sarma has published three volumes of poetry (the last being Book of Prayers for the Nonbeliever, 2018) and four books of translations (the last being I’m Your Poet: Selected Poems of Nilim Kumar, 2022), and two academic books, besides numerous short stories and articles. He was born in Assam and now lives in Delhi, where he works as a journalist and runs the independent publishing venture Red River. 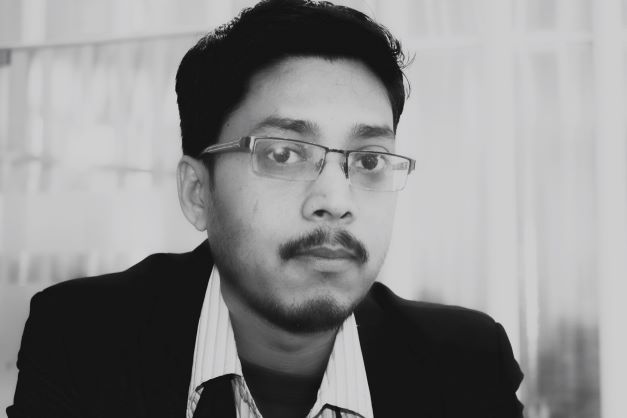