Viva Voce and Other Poems 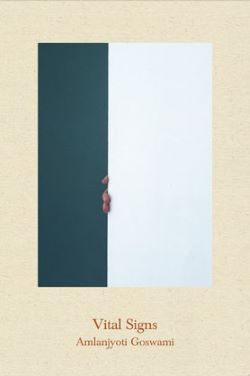 No more questions.
More questions would only lead to more answers.
And he had a curious way of answering.

A kind of literary chiaroscuro.
Circuitous, winding, addressing everything around it
And showing the light by painting the darkness all around.

For example: when asked about liturgy in medieval rituals,
He talked about Black Death, gold filigree, vestments, medieval travellers,
Wittgenstein - how you couldn’t put the genie back in the bottle

Umberto Eco, the serpentine lanes of Venice, thought experiments with stone
The alchemy of possibility, the curse of binary thinking, Sanskrit,
The fallen angels of Michelangelo, the Latin equivalent of I have water.

And even David Hockney - no one can stare at death and the sun too long.
He explained why it seemed like Galileo but was actually Copernican,
This notion of gratitude for the idea of forever, inside an instant.

This raised eyebrows, invited scorn, possibility of madness, or worse, impudence.
That he was making fun. On closer examination, it was revealed he was trying
To connect dots which weren’t there. It showed things in stranger light, bare inside.

So they stared at each other like cowboys, candidate and jury.
Finally, they asked if he had any further questions. Touché, a reversal of role, a way to know him.
What is the nature of God? he asked.

I am not asking for kingfish
Slopping over creel, inside tin cover.
Not ilish, chital, rohu, magur, aari, kawoi,
Not even pabda, tilapia, baashpata.
No not even puthi.

All I want is humble morola.
Two small morola - deep fried, sizzling brown
A dash of lemon, fire to frying pan
Flying on my plate, brimming a fiery red.
The tail, milimetre long, I will scrunch first

Then gnaw at the edges, tongue the scrape of bone,
Smear turmeric on my fingers,
Rub salt into my wounds.
Then I will crunch oil and fish to a fine rubber.
I will chew on, till the ginger feeling reaches the head.

Finally, munch the head, eyes and all that’s left
Drowsy as the first drink.
Dida made those.
We would find the best ones, weekly market. Friday evenings.
Then fifty rupees a pau, priceless today.

Swimming in the curry of my dreams, morola,
Rare as a well-kept secret. Guests of the side plate
I give them respect. Call them ambrosia, dignitaries of the high palate.
Once dal and rice are licked dry, once torkari is endured
And I swallow one more ordinary day with pride

I will seek permission to taste them.
It may take a while. This juice of the moment.
I have time on my side.
Time eternal who comes and goes without asking.
I will call all, you who know.

Would take to twitter like fish to water
But grow out of it
And use it as a protest tool.
Once in a while, he would take breaks with vows of silence.
He would use the extra time
To sort out, ends and means
The broken strings.
He would be wise to know
Greed remains greed and power is now
Like electricity, everywhere,
From the clerk to the high heavens.
He would look for a place to start -
And it would be with himself.
Cleaning the toilet on a weekday,
Making plants grow with bare hands.
Not using a sensor to figure it out.
He would be wary of AI, robots, anything that takes the mind away.
They take the soul out, he would say.
But he would take to planes more easily, for the utility.
He would still write letters, with a fountain pen
And send postcards, to children.
He would recycle paper and look inside, for answers.
He would be worried about
Climate Change.
He would pass the street and you wouldn’t even know.
He would travel incognito.

Amlanjyoti Goswami's new book of poetry, Vital Signs (Poetrywala) follows his widely reviewed collection, River Wedding (Poetrywala). Published in journals and anthologies across the world, including Poetry, The Poetry Review, Penguin Vintage, Rattle and Sahitya Akademi, he is also a Best of the Net and Pushcart nominee. His work has appeared on street walls of Christchurch, buses in Philadelphia, exhibitions in Johannesburg and an e-gallery in Brighton. He has reviewed poetry for Modern Poetry in Translation and has read at various places, including New York, Boston and Delhi. He grew up in Guwahati, Assam and lives in Delhi. 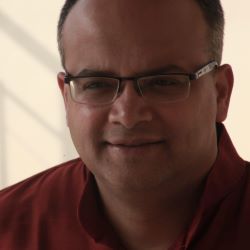